One day in 1989, John, a new soldier, went on a mission to an unknown area at the request of the government. He was terrified, but since it was his first mission, he set off for the island with confidence and responsibility. A few hours later, John arrived on the island. When he looked around the island, buildings surrounded the whole island, and on the wall was written: ‘THOM FAMILY is the story of Mom, twin sisters Jessi and Monica. They are shy, so if you look into their faces, they will attack you. Jessi will always follow you, and Monica will hide and wait for you. I hope you can solve this mystery.

He didn't know what it meant, and thought it was someone's prank and entered the area.

this game is cool

Somehow I ended up putting waaaay too much effort into rewriting the description of this for my Playnite library. Thought you might get a laugh out of it.

One day in 1989, John - a soldier fresh out of boot camp - was sent on a mission to a classified area at the government's request. He was terrified as this was his first field deployment, but knew the responsibilities that came with enlisting. A few hours later, John arrived on the island and helped his squad make camp.

The next morning, all seven other men were missing. Frantic, and unable to make radio contact with the mainland, John began to explore the area on foot. A small city stretched out in front of him, seemingly abandoned. As he looked around, he found the following blood-red scrawl dried onto the facade of a nearby building:

'The Thom family met a grisly end here, and their spirits still haunt this place. Twin sisters Jessi and Monica wander these halls. Their spirits are shy, and will attack if you look directly at them. Jessi follows relentlessly, while Monica waits in ambush. Their mother's ghost may be the most dangerous of all, a ball of pure fury and rage. I hope you'll be able to accomplish what I could not - unravel their murder so these spirits may finally rest. Be careful, and good luck!'

Not knowing what to make of the message, he assumed it to be a prank. All the same, something in the air made his hair stand on end. This mission was strange, and it kept getting stranger. As he moved through the area, he had a sinking feeling this night's work would be far from routine. Little did he know how right he was...

But orders are orders, no backing out now. Solve the mystery and maybe you'll make it out alive.

The scariest game in the world... 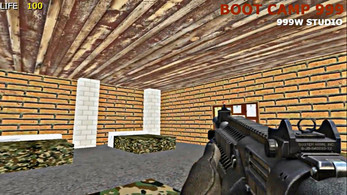 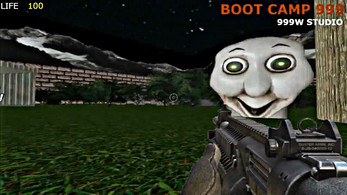 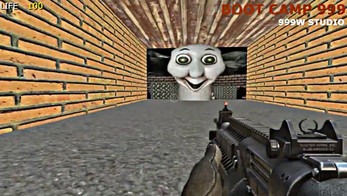 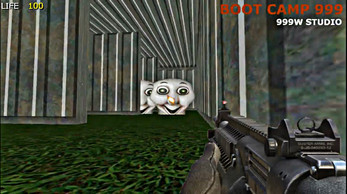